Things you can control. 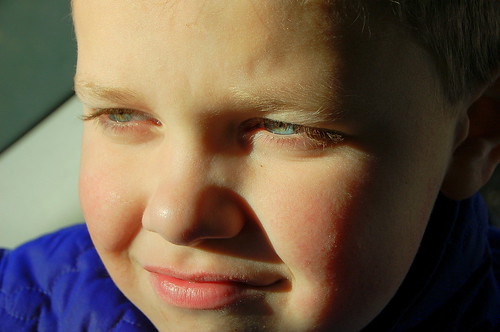 The boy had a baby tooth up front that he wouldn't take out. It had been wiggling since the summer, and it was nearly dangling. I'd snuck in his room, hoping I could pop it out while he slept, but every time I thought about it, I'd quit, thinking he'd choke. The couple of times he allowed me to move it, I'd noticed it was really getting stuck in the gums with his new adult tooth pushing through. I thought for certain this child would have the tooth forever, he wouldn't let it go. (He's very much a wee Peter Pan.) But, last week, he was on the playground roughousing with his "boys." Someone knocked into his head, and OUT came the tooth, bloody and yucky. He brought it home in a little blue treasure box from the school nurse, and proudly showed it off. This tooth was, THE LONGEST, I'd ever seen. Thankfully now, his front teeth have immediately fallen into place, and his smile is improved. He'd been hiding it for months, because kids probably asked him why he wouldn't take out the extra tooth. That was in his control. Guess I need a new photo of the boy now.