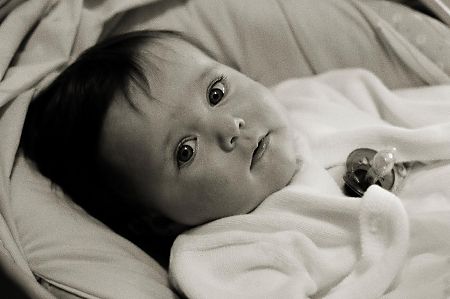 Tristan had her six month well baby check up the other day.  She's a perfectly healthy, if robust, baby!  She weighed in at 18 lbs. 9 oz. and was 26.5 inches tall.  The pediatrician asked if I had any concerns for her, and I replied that I have no concerns, as she's the easiest child I've had by far (perhaps because she's number four) but, I thought she was overweight.  The doc said that she doesn't think she's too big now - that (her words, she's old skool) she's better off being chubby now while she's partly immobile because she'll thin out when she's refusing food as a toddler (she apparently, doesn't know my kids).  I laughed, because, the baby is fat.  She's buddha-licious.  You can't tell me she's not overweight, but it's cute when you're six months old. 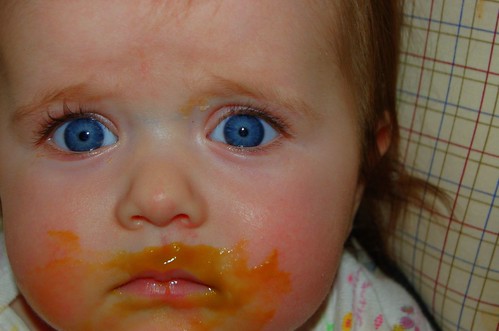