Melting Mama - BBGC - Bariatric Bad Girl
In The Obesity Epidemic The Role Of Addiction Cannot Be Ignored
Another post where I abuse the word SERIOUSLY. Banding without, the band? 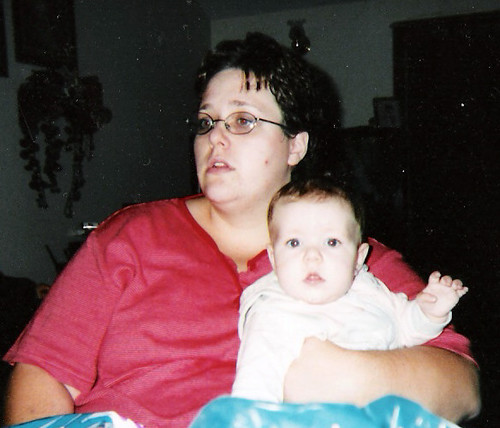 MM at highest weight, before the WLS "pre-op" diet.

I guess I have to admit now that going on those grueling pre-operative diets prior to WLS is worth it.  When mentioned, there's usually a lot of "Oh GOOOOD, did your surgeon tell you that you HAD to diet for X amount of time?  Pul-leeze, don't worry about it."  But.

Half-assedly, but I did!

I lost 30 pounds prior to roux en y surgery with a bit of Atkins, and a bit of shakes.  But, was I eating french fries at the last. possible. minute?  Maybe.

December 22, 2009 — Preoperative weight loss is associated with fewer complications after gastric bypass surgery, according to the results of a record review reported in the December issue of Archives of Surgery.

At a comprehensive, multidisciplinary obesity treatment center at a tertiary referral center serving central Pennsylvania, the investigators reviewed records of 881 patients undergoing open or laparoscopic gastric bypass surgery from May 31, 2002, through February 24, 2006. Before surgery, all patients underwent a 6-month multidisciplinary program with the goal of achieving a 10% preoperative weight loss. The primary endpoints of the study were loss of excess body weight and rates of total and major complications.

“Preoperative weight loss is associated with fewer complications after gastric bypass surgery,” the study authors write. “We hope that these findings will be confirmed by prospective, controlled trials and that bariatric surgeons will consider this modality for preoperative risk reduction in selected patients who are deemed high risk for complications after surgery.”

Limitations of this study include retrospective design, lack of a control group, referral bias, and possible unmeasured confounding variables.

“Overall, this article presents the largest study thus far, to our knowledge, which may demonstrate a significant advantage to preoperative weight loss,” Dr. Turner writes. “Moreover, the authors did not experience the attrition feared by some surgeons should they require preoperative weight loss of their patients. These findings suggest that consideration be given to incorporating either a suggestion of or the requirement for modest weight loss prior to bariatric surgery as a means of decreasing postoperative complications.”