ASMBS: Obesity Surgery Resolves Diabetes but for How Long?

Weight-loss surgery can lead to resolution of type 2 diabetes in some patients. Patients who do not maintain weight control are at risk of diabetes recurrence. 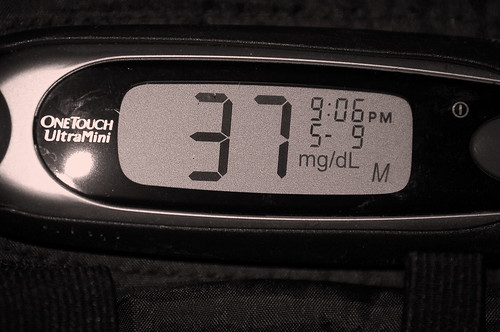 I personally never had diabetes BEFORE my roux en y gastric bypass, though I am SURE I was pre-diabetic, I probably would eventually have been diabetic had I remained super morbidly obese.  I have had serious blood sugar problems since having gastric bypass -- for the same reason the bypass resolves diabetes.  IT WORKS.  Sometimes too well!  If I gain a lot of weight -- or reverse my bypass - I may resolve my problem.  (Ironic.) 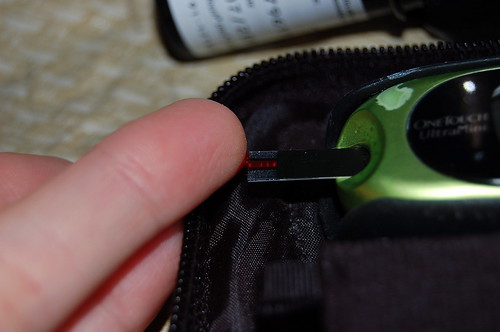 Weight-loss surgery allowed a majority of obese type 2 diabetes patients to stop or reduce medical therapy, according to three studies reported here.As many as 90% of patients had improved glucose control following bariatric surgery, investigators told attendees at the American Society of Metabolic and Bariatric Surgery.

"Before widespread acceptance and implementation of bariatric surgery as definitive treatment for diabetes, further study of this recurrence phenomenon is indicated."

Patients who had complete resolution of diabetes had lost an average 70% of excess weight, and their mean body mass index (BMI) decreased from 50 to 31. The remaining 19 patients had persistent diabetes despite excess weight loss that averaged 58%, said Dr. Chikunguwo.

During follow-up of five to 16 years, 66 of the 153 patients (43.1%) had recurrence of diabetes, which was associated with weight regain.

Mean excess weight loss declined from 66% to 48.9% in patients who had recurrent disease.

In addition, the proportion of patients requiring oral hypoglycemic agents declined from 75% before the procedure to 39% at five years, said NYU's Samuel Sultan. Overall, 80% of the patients were medication free or on lower doses.

The analysis comprised 95 morbidly obese patients with type 2 diabetes who had weight-loss surgery from 2002 to 2004. Median and mean follow-up was five years.

However, only 40% of patients met criteria for diabetes remission at five years: off all medication and either an HbA1c less than 6% or a blood glucose level less than 100 mg/dL.

Dr. Rosen presented data from a retrospective analysis of long-term results in 42 morbidly obese patients who had type 2 diabetes prior to gastric bypass surgery. The primary objective was to characterize patients who achieved long-term resolution of diabetes with those who improved but were not in remission.

Follow-up averaged five years, and all patients had been followed for at least three years.

He and his team defined resolution of diabetes as being off all diabetes medications plus either an HbA1c less than 6% or blood glucose less than 124 mg/dL. They defined improvement as a decrease in medication requirements.

Dr. Rosen said 27 patients met criteria for resolution after surgery and 15 were improved.

During follow-up, 10 patients (24%) had either recurrence or worsening of diabetes.

Compared with patients who had no change in diabetes status at five years, recurrence and worsening were associated with:

The reasons for diabetes recurrence are not entirely clear, said Dr. Rosen, but failure of the surgical procedure over time probably is not the cause. Upper gastrointestinal evaluations in five of seven patients with recurrence revealed no abnormalities.

More likely causes of diabetes recurrence are increased caloric intake (implied by weight gain), reduced insulin sensitivity, attenuation of the hormonal effects of the surgery, and progression of beta-cell dysfunction, he added.

Tags: ASMBS: Obesity Surgery Resolves Diabetes but for How Long?