Weight Watchers Is Full Of Can't.

"Before Weight Watchers? My world was can't."

(Please don't take it personal.  And, I've said this on Facebook and Twitter already, when I first saw the commercials, because they made me SPIT FIRE.)

You were NOT MORBIDLY OBESE.  I bet you didn't have trouble tying your shoes or wiping your ass.

Don't get me wrong.  I completely understand losing weight.  Obviously I do.  However.

You were beyond successful, amazing and beautiful before the Weight Watchers campaign.  Jennifer, somehow, I am not seeing the Fail that this commercial is making you out to be:

Jennifer - you are amazing - either way.

Weight Watchers is the #1 money-maker in the US, with a HUGE marketing budget.  Millions and millions of dollars spent on making us feel less than adequate.

Is your world REALLY full of CAN'T?  Will Weight Watchers really change your WORLD?  OR - will YOU CHANGE?

And, to make this more on topic, I feel a simliar twinge when I see gastric band commercials, though most of those (that are aired HERE, anyway) are quite "blah" and dry when it comes to selling a New World OF Cans.

Posted at 11:18 AM in Celebrity, Celebrity Weight Loss. | Permalink | 0 comments

The Roseanne star estimated that he was "pushing 400" pounds at his heaviest. His battle of the bulge has been an annual ritual, he explained. "I'd lose 60 pounds every spring."

His weakness: beer. "I got too fond of the corn and barley and just started missing it too much, and that screwed everything up. I just gained it all back and then some every year."

Unless you're living in a cave, you must have seen the "Hope For Haiti" Telethon last night. Wow. But, Madonna? I just wanted to hear the choir. You skeered me.

Posted at 07:51 AM in Celebrity, Current Affairs | Permalink | 0 comments

Yes, I totally posted about "Mo'nique's Weight Loss WITHOUT Surgery" not too long ago, from my previous post:

Because it's a title in the making. The overweight comedian has been known for her size, and now she's losing weight, OMG!

âI was very comfortable at 262 pounds,â she says. âIâm in the bathroom mirror one day admiring 262. And Sid says to me when he comes out of the shower, âMama, how much do you weigh?â I said, â262.â And he said, âMmm.ââ

MoâNique says she knew something was coming next. âHe said to me in the most gentle, loving way, âI want you for a lifetime,ââ she says. âBaby, I started working out right then.â

Rumors have circulated that MoâNique took the easy way out and had gastric bypass surgery, but she flatly denies those accusations. The author of âSkinny Bitches Are Evilâ and âSkinny Cooks Canât Be Trustedâ

However.  You knew it was coming.

A source a step away from a surgeon or two has shared that Mo'nique actually had weight loss surgery, a VSG or vertical sleeve gastrectomy.  Now, you didn't hear it from me, because it's just a rumor, but this person swore on her life that it will come out soon.

GAH.  If it is true - why aren't people honest to begin with?  It's not worth the DRAMA, is it?

Watch this video from CBS News yesterday, if she has, in fact, had WLS, this all seems so dishonest.  I don't know.  Whatever.  I don't know people's motivations to hide, and I actually hope she didn't and I was misled.

Posted at 08:47 AM in Celebrity, Celebrity Weight Loss. | Permalink | 0 comments

Nicole Eggert is not fat.

Tags: Nicole Eggert is not fat.

So, I admit, this is creepy shit, and I will watch.

Jackson: Yes ...and I've seen children just shower all over me with love. They want to just touch me and hug me and completely just hold on and cry and not let go...and mothers pick their babies and put them into my arms. "Touch my baby, and hold them, touch my baby, touch my baby."

TOUCH MY BABY!  (You see how creepy that is now?) 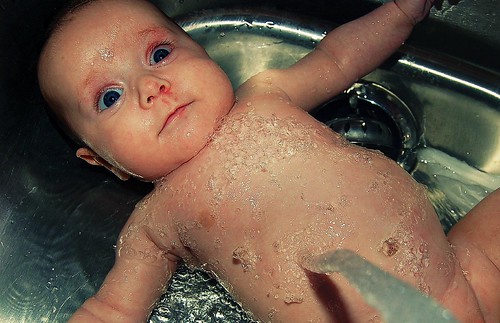 Jackson: If it weren't for children, I would choose death. I mean it with all my heart.

Pretty much rocks.  That's about it. 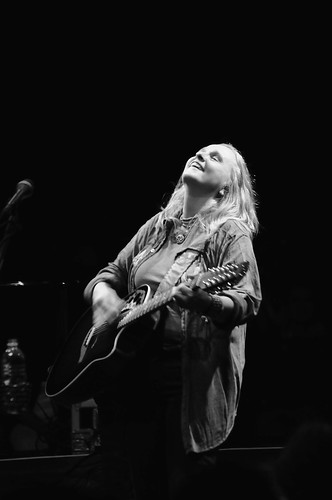 Not my video, but it was a very nice tribute:

We went to the JFK Gardens first, where the flags were at half-staff for Ted Kennedy. 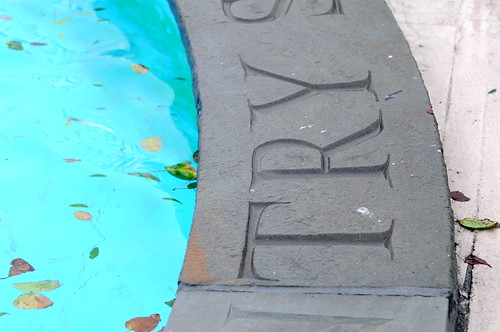 I know, it seems totally unrelated, but the one thing I remembered when I heard that DJ AM, Adam Goldstein was found dead, was that he had also had weight loss surgery. He also suffered from drug addiction before and after his weight loss.

A critical turning point in his life came in 1997, when Goldstein considered suicide. After a night of doing cocaine, Goldstein, 24 at the time, sat before a mirror and "could not move away from staring at myself," he said. He put a gun in his mouth and, sobbing, said, "God, please help me."

"I pulled the trigger, and it jammed," DJ AM said, recounting the story again at the TCAs last month. "And I remember sitting there thinking, 'You know, I canât even kill myself.' " He said the next morning, a friend, who had managed to kick drugs, stopped to check in on him. "He said, 'Dude, you're coming with me. Let's go." And I just listened for once, and I went and I did everything he told me to do. That was 11 years ago."

After vowing to get off drugs and lose weight, Goldstein underwent gastric bypass surgery and dropped 115 lbs.

Adam Michael Goldstein (March 30, 1973 â August 28, 2009) was an American club disc jockey better known as DJ AM. Goldstein was a former member of the rock band Crazy Town, and scratched on albums for Papa Roach, Madonna, and Will Smith, among others. He collaborated with Travis Barker of Blink-182 at the 2008 MTV Video Music Awards, and has appeared in several television series. Goldstein's former fiancÃ©e was Nicole Richie.

On September 19, 2008, Goldstein was seriously injured when a Learjet he was traveling in crashed on takeoff. His ex-girlfriend, singer Mandy Moore, with whom he was still close, flew to be by his side at the Georgia hospital where he was staying.

He had battled a crack cocaine addiction and later had gastric bypass surgery. Goldstein was found dead at his New York City apartment at around 5:20 p.m. on Friday, August 28, 2009.

It's raining this morning, and my eleven year old daughter has taken off with grandma to see Miley Freakin' Cyrus aka Hannah Montana  (No comment because I'm jealous because it's at the MGM GRAND, and WHEN DO I GET TO GO?!) and brought the one rain sort of jacket in the house with her, so I am leaving for an outdoor walk with a trash bag.

I also have seven gift bags of goodies in trash bags for my team members for the walk, hoping those don't get soaked as well.  I am stalling and posting about Miley, OMGZ! because my ride over-slept, which was bound to happen because getting to my house for 7:30am meant that she had to get up at the buttcrack of dawn.

Good for him, finally.

To make this somewhat like it's on topic?  It's sort of a Before + After!

I was online looking for an article, and I was distracted by this:

We went to the mall today, to stimulate the economy, because I hate that all the stores are closing.  On the way in, I see all sorts of ruckus, and I wonder, "Is it safe?  Should we go in?  Let's turn around.  Forget it."  The fire alarms were going off, the strobe lights were flashing, and I was sure it was a seizure waiting to happen.  The previous time I was in this particular mall, I had a complex partial seizure, so I am a bit leery of things that make me feel icky, like strobe lights.  I know I am not triggered by lights, I am not that kind of "epileptic" seizure person, but I am always aware of potentials.

After being assured that it's "okay," as long as we "kept moving, don't stop here" we went along.  I was definitely interested in what was going on now, all sorts of movement, people, lights, sounds?

Then, I stopped short and looked around at my surroundings, and thought I had lost my mind.  Christmas Trees?  Holiday Decorations?  What?

It was then, I realized the set chairs and people walking by in full make-up and the extras sitting around.  We had just walked through a movie set!